Social media is a wonderful way to stay connected to things that are happening beyond our school walls.  We can learn from other people and share our learning too.  We (our teachers) saw a tweet from our friends at Museum Victoria (@mvTeachers).

They wanted community help in naming the three Gippsland dragons. 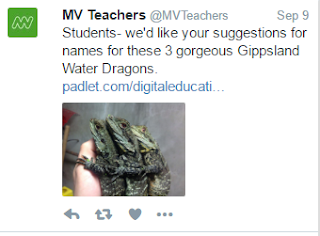 So we put our thinking caps on and completed the online forms .... and waited .... and wondered 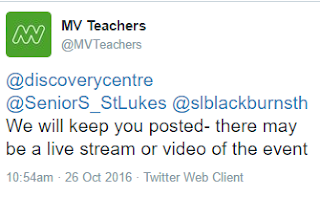 and then we finally heard that some of our suggestions had been accepted !

We are very excited !

Lucas said, " I was surprised and shocked that "Bubbles" was chosen. It was such a great moment.

Ava added, "I was so excited when I heard the name "Spike" announced! I feel happy that I have named her.

Eva agreed, "It was so surprising to hear the name Mohawk called out. I think it suited her because of the spikes on her neck!"

When you get outside, it's amazing how much can be learnt from one activity! Here's what we thought....

The Chorus of the song "We are Australian," says "We are one but we are many and from all the lands on earth we come, we’ll share a dream and sing with one voice I am,you are, we are Australian." It’s like a puzzle we are the pieces of the puzzle and eventually we will make a big puzzle.

Today we listened to the song,  “I am Australian.”   The question we had to answer was, What does this mean?

I thought the answer to this question was, that in each paragraph, was a different person’s point of view of their past and how they contributed to Australia’s history. People included the First Australians,Convicts and the First Fleet, World War 1 and 2, the landscape of Australia and Ned Kelly.

Caitlin: The song I am Australia is about the different perspective of different people’s point of view and that each person is an individual but together we are a family no matter where you come from.  There are three different perspectives No. 1 is about the First Australians, No. 2 is about the convicts and No. 3 is about gold-rush.  The song mainly means it doesn’t matter where you come from.. you are Australian.
Zac:
To me, the song “I Am Australian” is kind of telling the story of when the convicts were sent to Australia. Here are some of the words in the song: “Endured the lash, dry and barren run, child of depression and mother lode”. Here is what they mean: “Convicts, no water, time of poverty and gold”. The song means to me that we are all different people from different backgrounds, but no matter what, we are all Australian. It is a very nice song and I hope you enjoy it!

Well, that song means that we are all Australian even though you might be a different nationality. The line "we are one, but we are many" means that you are one person but together we are one big family.

There are 3 perspectives in the story. The first perspective is from the Aboriginals perspective, second- convicts and third- gold rush.

Can you think of what it means to you? Watch the video!


Rosie: What I loved was when you came and taught us new initiatives such as CS First. Thank you for teaching us about Twitter because it's nice to see what other people are doing on excursions.
Caitlin: What I loved was that Mrs Coffa always helped us and explained things so we "got it." But, most of all, you pushed down the walls of the classroom and opened up new learning and communication.
Alexa: I'm thankful that Mrs Coffa showed us Scratch because I have learnt so much.
Patrick: Thank you,Mrs Coffa, for showing us so many new programmes and thank you for taking your time for us.
Ava: Thank you for sharing all your ideas with us.
Hannah A: I am grateful for Mrs Coffa because she made us THINK outside the box and she helped us with new learning.
Declan: I especially thank Mrs Coffa for all the time and effort you have put into us...especially Coding.
Zach :Mrs Coffa inspired me to help other people on computers.
Sophie: Thank you, Mrs Coffa, for showing us good games and helping us learn. I learnt a lot from you.
Simon: I was happy you came in and worked with us and taught us new things. I enjoyed it!
Eva: I loved that you taught us how to work our Chrome Books.
Posted by Middle Matters at 5:18 PM 2 comments
Email ThisBlogThis!Share to TwitterShare to FacebookShare to Pinterest

Our Reviews of DigiTech tools 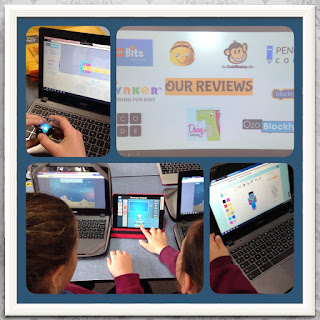 There are so many new tools around to help us learn about how we can actually create things with technology and not just be users.  We decided to explore a few and create our own Reviews.  They are of web-based tools. They were first impressions only but have a look and let us know if you would like us to review anymore !

Posted by Celia Coffa at 11:50 AM 0 comments
Email ThisBlogThis!Share to TwitterShare to FacebookShare to Pinterest

A great day was had by all at our annual PJ Day and we raised plenty of funds with our gold coin donations for Melbourne City Mission. But a crucial part of the day was raising our consciousness about issues that may not affect us but, are part of many people's lives. We will continue to reflect about these things in the week ahead, especially making connections to the Catholic Social Teaching principle of the Preferential Option for the Poor. 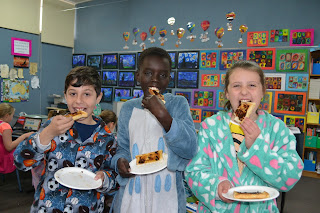 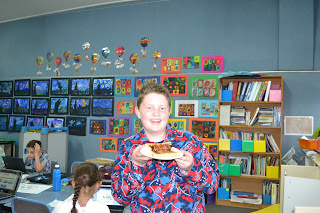 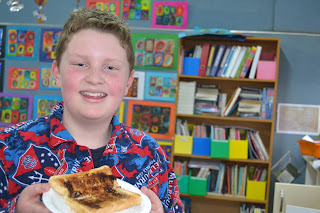 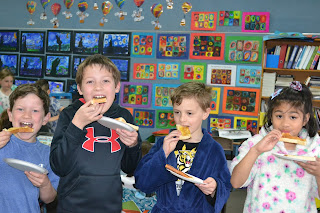 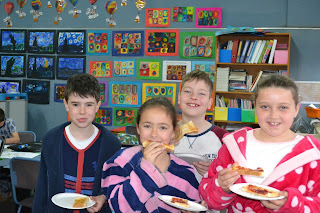 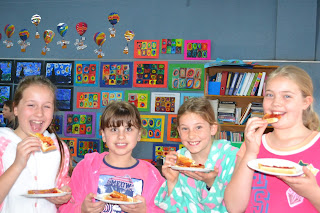 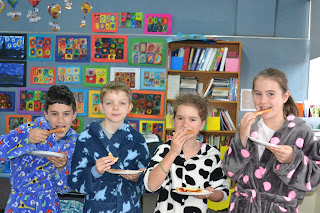 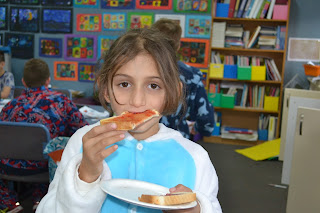 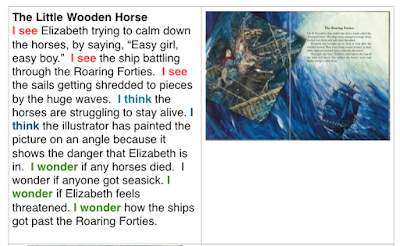 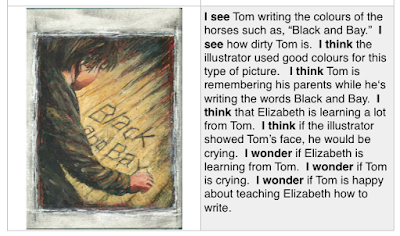 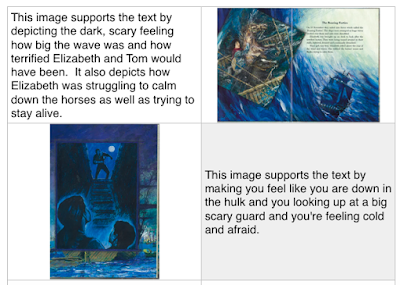 Today, we had our first amazing experience with Ozobots: tiny, but powerful robots!


We are spending time researching in order to developing our understanding of how to programme our Ozobots!

Posted by Middle Matters at 10:36 AM 1 comments
Email ThisBlogThis!Share to TwitterShare to FacebookShare to Pinterest
Labels: design, digital technologies, thinking

Hannah A: It's easier to look for patterns in the numbers-you don't always have to add everything.

Rosie: It causes you to be organised.

Miles: You can combine the strategy with other ones such as trial and error.

Lucas: you draw what you visualise.

Sophie: you need to put the numbers (labels) on your diagrams.

Posted by Celia Coffa at 5:37 PM 0 comments
Email ThisBlogThis!Share to TwitterShare to FacebookShare to Pinterest

If I were the PM Competition 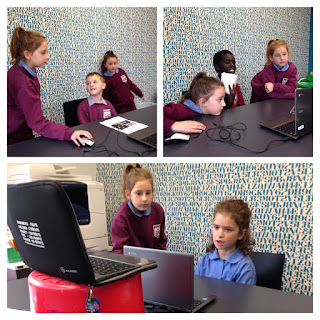 We have been busily preparing our speeches for the If I were the PM competition.

Ava described the process that we followed, "First we had to write our speech - long or short, then we worked with a friend and we timed each other so we knew whether to make it longer or shorter.  After that we edited our drafts to make it the right length.  The final stages were practising reading it out loud and then filming them"

The film crew (Alexa and Hannah A), experimented with a Chrome App, that allowed us to film and record straight to our Google Drive.  We also moved the camera around and tried to get the best results.

Tom thought "I thought it was good for learning how to speak out loud.  I liked how we write our own speech and said what we thought"
Posted by Celia Coffa at 2:32 PM 0 comments
Email ThisBlogThis!Share to TwitterShare to FacebookShare to Pinterest 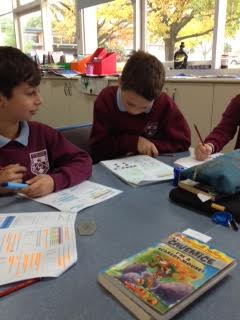 This week our learning in reading has been,"How to read worded Maths questions." Here is what we are thinking so far...

Declan: use the diagrams to help your understanding

Rosie: find key words about what the question is asking

Caitlin: the key words lead us to answer correctly 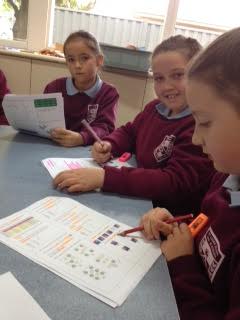 Hannah B: check the text and the diagrams before trying to answer the question

Jordi: if the question is tricky, eleminate the obvious non-answers


Can you help us with some more?
Posted by Middle Matters at 11:49 AM 16 comments
Email ThisBlogThis!Share to TwitterShare to FacebookShare to Pinterest
Labels: feedback, maths, reflection

The 100WC presents us with ideas for writing and the challenge of responding in 100 words. Here are some examples of responses to this prompt:

Gai
As I sat on a bench  reading a book something strange happened. I felt a cold tap on my shoulder.Then I looked to my left. Suddenly a statue appeared. I wondered.
“That was strange,” I quietly whispered to myself.
“You got that right,” the statue replied. As I slowly turned my head around the statue was as still as a wall. Suddenly he started to move. “You got me, you got me,” the statue replied.
“I’m from another dimension,”said the statue. As I turned back around the statue disappeared.
“I’m never going to this bench again!” I declared.


Alexa
Statue alive
Outside a cafe a man sat down near a statue. Sitting down, he started to read.  There was no one around that could talk to him. After he read one page, he heard someone whisper something.
”Who is there?” he asked.
He thought, “No one can talk to me. No one is here.” He heard the person say something again,
“I’m a statue that talks,” the statue whispered.
The man sitting next to the statue jumped, in surprise and yelled, “WHAT!”
Now it was time for the man to go, but he added, “I will see you again.”


Lucas
Suddenly I found myself sitting on a chair next to a man who looked like he was from the future. I tapped him on the shoulder and asked…
“Are you from around these areas?”
“Yes, I live just over there,” the other man replied.
“I’ve never seen you here before,’’ I said with a big grin on my face.
That’s because my sister has a job here now,’’ the man started to exclaim.
“Wow!” I shouted, “Maybe I can get a discount.”
The man replied saying, “Sure.”
So I ran to the counter and asked
“Can I have a coffee?”…


Zach
I was reading my book on a bench with an old statue next to me. When I just finished the chapter, someone tapped my shoulder. I turned my left to see who it was. It was the statue. “A-are y-you a-alive?” I asked frighteningly.
“Yes,” the man replied “my name is Edward.
“Hello Edward” I squeaked, feeling a bit more confident “Have you ever talked to someone?”
“No,” Edward answered sadly ,“This is my first time.”
“Don’t be shy, just go out there,” I said. The statue smiled at me and I smiled back.

THE TIME IN MELBOURNE- AUSTRALIA IS